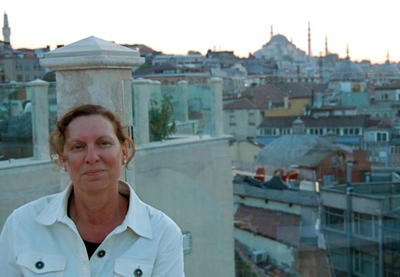 The travel bug bit me early in my life.

I spent my senior year at the University of Wisconsin abroad, at the University of London.  During that year, I took excursions to cities in England, Ireland, Scotland and Wales.  Before and after the academic year, I used my eurail pass to explore many of the Western European countries.

I have returned to many places in Europe over the last 35 years.  I have owned my interior design business for the past 32 years, which took me to London, Paris, Milan, Monaco and Rome several times for clients and design shows.  My design work also took me to New York, Los Angeles, San Francisco, Sun Valley, Hawaii, Canada and Chicago a number times.

I have taken lots of great personal vacations.  I helped organize group trips with friends sailing in Turkey and the British Virgin Islands, skiing in Canadian and American resorts, and renting villas in Italy.  I have cruised Alaska and travelled extensively throughout the US.  I have taken multi-week vacations in Buenos Aires, Israel, China, Spain, France, Italy, Canada, Greece and Turkey.  My husband and I own a condo in Puerto Vallarta, which has been a gateway for us to much of Mexico, including Vera Cruz, Jalapa, Guanajuato, San Miguel de Allende, Delores Hildago.